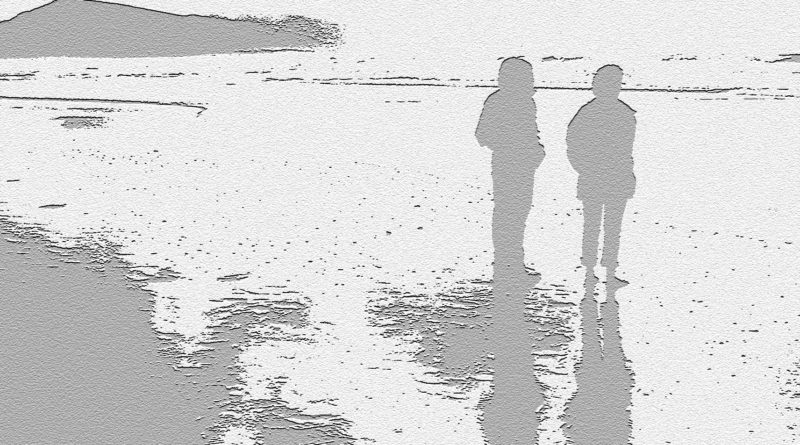 I was woefully unprepared. I attend a lengthy marriage and family therapy master’s degree program in the ‘90’s. The only mention of domestic violence occurred in a non-required “Women in Therapy” class. Then, in my internships and work in marriage and family counseling agencies, there was no mention of a method to screen for domestic violence. I figured I would simply address the issue if and when the couple brought it up. Oddly, no one ever brought it up. I could have naïvely assumed that couples and families I treated never had those kinds of issues. Not until I became a child sexual assault therapist did I start to hear of domestic violence from the mouths of babes. It was 7, 8 or 9-year-olds who first brought it to my attention. Even though their parents came into family counseling sessions not mentioning it, many of those children witnessed ongoing domestic violence in their homes. Who knew!? Not until I became a Certified Domestic Violence Treatment Provider in Washington and Oregon did I begin to more effectively screen for domestic violence in couples and families I worked with. I finally understood what I didn’t know before and what I believe so many well intentioned marriage and family therapists (not to mention well intentioned social workers and mental health counselors) aren’t aware of; we need to screen for domestic violence with every couple and family we treat.

My method of screening includes meeting with each partner of a couple for five minutes alone at the end of the first session to ask if there is anything they feel more comfortable telling me. During that time, I make reference to various types of abusive behavior, including controlling behaviors, yelling, put downs, intimidation, slamming doors, throwing things, pushing, shoving, etc. A large portion of couples who initially present to work on their “communication problem” self identify as struggling with some form of domestic violence, once I ask the questions individually. As you can also imagine, many people are frightened to acknowledge these behaviors or are ashamed to admit this is happening in their relationship. So, I am also screening over time for how they talk about one another or whether controlling behaviors occur in session right in front of me. The subtlety of a look or a gesture that indicates one partner is dictating the direction or tone of the session is important. Successful couples therapy requires two partners who are able to be accountable for their own behaviors. If the partners deny any abuse initially but I observe controlling behaviors in session, I always have the option of meeting briefly with each individual a few months later. This is, again, to screen for domestic violence after they developed more trust in me. Once I have flagged controlling or abusive behaviors, in the next few sessions, I determine whether this couple is even appropriate for couples counseling. I base this on the level of fear, intimidation, control, and sense of safety expressed by either partner. Any true communication issues cannot be resolved until the abusive or controlling behaviors have stopped. Many well intentioned therapists would continue to work with the two as a couple, putting the victim’s safety at risk, unknowingly colluding with the abuser, and treating the abuser’s behaviors as a problem both of them could solve together. At minimum, if we continue to see them as a couple, we end up indirectly blaming the victim for the abuse or control. At most, we are putting the victim in jeopardy of feeling safe enough to open up in session, disclosing things that will paint the abuser in a bad light, causing the abuser to punish the victim for such honest sharing once they get home from their session with us.

Couples counseling, when domestic violence is present, is at best ineffective and at most dangerous. Once I identify patterns of control or abuse in the relationship, my recommendation is for the abusive partner to meet with me individually for a few sessions. This is not easy and many couples disappear from treatment at this time. The risk I run involves them moving on to find another well intentioned therapist who won’t screen for domestic violence, who will see them as a couple, and that therapist is sadly quite easy to find. It is with as much finesse as I can muster that I suggest we do some individual sessions first.

A common euphemism used in our society for domestic violence is “anger” or “anger management.” Clients often feel safer acknowledging they might have an issue with “anger” instead of the more daunting term “abuse.” While I know that no one’s anger ever hurt anyone, only their behavior did, I use that softer language to open the door for the abusive partner to become willing to work on their “anger.” Over time, I refer to controlling behaviors and anger. Over more time, I talk with the abusive partner about the men’s and women’s groups we offer that focus on managing the behaviors they are identifying. It is a gentle dance but, I gradually work the abusive partner into considering the most appropriate treatment modality for abusive people, group treatment. It is far too easy for well intentioned therapists to collude with an abuser if they remain in individual therapy. We can find them likeable and believable. Before the denial is brushed away (which usually takes several months in group treatment with other abusive individuals respectfully challenging them), there is great risk of supporting the abuser’s victim stance and justifying the minimized abuse or controlling behaviors.

Now that I have facilitated domestic violence groups for men and women since 2005, I’ve developed a stronger awareness of the subtle forms abusive or controlling behavior can take that I often missed as an uninformed therapist. I believe it is crucial as marriage and family therapists for all of us to get sufficient training in domestic violence and to know when to stop couples therapy because we are putting our clients at risk. Screen each and every couple individually for controlling and abusive behaviors. Offer to work individually with each partner once you have identified domestic violence, including flagging controlling behaviors, verbal, psychological, economic, property, physical, collateral or sexual abuse. Talk with the abusive or controlling partner about attending a group to work on their “anger” and behavior. Identify the certified domestic violence treatment providers in your community and be willing to make appropriate referrals. A coordinated community response to domestic violence involves well informed marriage and family therapists as a powerful part of the solution.