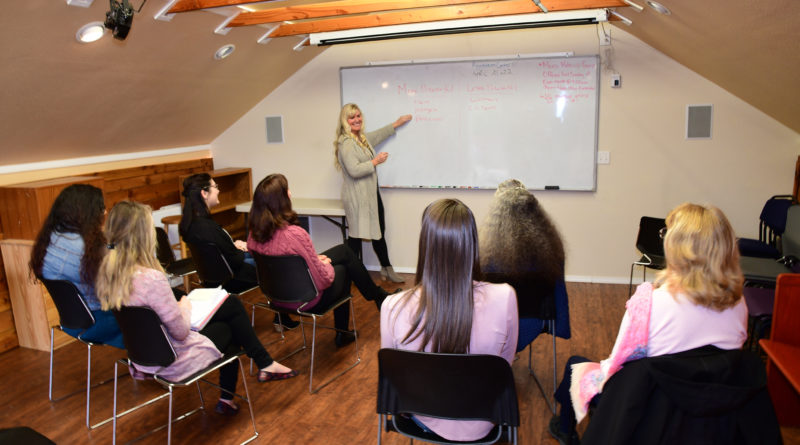 Domestic Violence and the Workplace: Our Coordinated Community Response

Domestic violence not only affects one’s emotions and behaviors at home. “Domestic violence
and sexual assault walk in the doors of each and every workplace every day here in the United
States,” according to Kim Wells, executive director of the Corporate Alliance to End Partner
Violence.

One in every four women and one in ten men experience domestic violence in their lifetime,
according to the Centers for Disease Control and Prevention.
Our workplaces are made up of a variety of individuals, including those who have been abusive
and those who have been abused by their partners. The health and safety of our workplace
depends upon our awareness of the impact of domestic violence and helpful action we can
take.

The impact of domestic violence on our work environment includes loss of productivity, health
care costs to treat physical and emotional injuries, being late or absent from work, missing
important deadlines due to difficulty concentrating on work, and possible stalking behavior.
This stalking behavior occurs even when the victim changes their phone number and address,
if the abusive partner knows where they work.

74% of full time employees who acknowledged being victims of domestic violence reported
they had also been harassed at work, according to Kim Wells.

The Department of Labor reports that victims of domestic violence lose nearly 8 million days
of paid work per year in the U.S., resulting in a $1.8 billion loss in productivity for employers.
And that is solely the impact from the victims’ loss of work. The abusers also produce
significant financial losses due to the impact of being unavailable while serving jail time or
appearing in court, once law enforcement becomes involved.

The concept behind a Coordinated Community Response to Domestic Violence suggests that it
requires all of us in our community to respond with support and resources to address
domestic violence. Our response includes resources for abusive partners, so they bring a stop
to their abusive and controlling behaviors, and for victims of abuse.
Abusive adults who attend Domestic Violence Treatment Programs attend voluntarily in order
to get the help they need to stop their abusive behavior or they are court ordered to attend
Domestic Violence Treatment.

Abusive behaviors include physical, verbal, psychological, economic, property, sexual,
collateral, religious, and animal abuse. Controlling behaviors include threats, blaming their
partner for the abuse, monitoring their whereabouts, limiting their access to car, money,
friends and family, and jeopardizing their employment, amongst many others.

A workplace policy regarding domestic violence focuses on keeping employees safe as well as
maintaining victims’ employment while taking time off work due to court, while coordinating a
move to a safer place, or when recovering from injuries.
Washington State’s Domestic Violence Leave Act provides employed victims with the right to
take reasonable leave to get help or help a family member with domestic violence, sexual
assault, or stalking.

Employers can offer an anonymous 2-way tip texting system that allows employees to
communicate concerns without compromising their safety. A co-worker concerned for
another’s safety could use this tool to help a peer or bring the employer’s attention to the
issue of domestic violence without jeopardizing the workplace relationship.
Employers don’t need to be experts to help. Employers can invite domestic violence victim
advocates to provide valuable information and education regarding safety planning. Employers
can also include a presentation from a Washington State Certified Domestic Violence
Treatment Provider to encourage abusers to seek help in stopping the abuse.

Here in Clark County, we have several Domestic Violence Resources: